Will the city of Airdrie read more books this summer?

Can Airdrie readers agree on which book is the best?

And watch the champions discuss their book selections Lonely millennial Chad MacEwan can’t seem to get it together. While his boomer Uncle Martin sails through his twilight years with a full social calendar, Chad’s weekly highpoint is dutifully visiting Martin at the Eldernest Assisted Living Lodge. Maybe his uncle’s magnetism and way with the ladies will rub off on him, or perhaps Chad will one day gain enough courage to strike up conversation with the woman who works in the cafeteria.

It’s not only Chad who struggles with loneliness and self-doubt; the Eldernest is teeming with residents searching for belonging. There’s the animal lover who owes her spot at the affluent Eldernest to a government subsidy, and the resident who finds himself back in the closet due to the close-minded confines of communal living. Then there’s the love triangle with Martin firmly ensconced in the centre position. Or is he really?

As Chad becomes further entangled in the lives of Eldernest residents and staff, each person must decide how much to risk in their pursuit of companionship and connection. Flying the Nest is a heartfelt examination of our assumptions on aging and sexuality, the strength of family, and the enduring power of community.

Community enthusiast and candidate in the City of Airdrie fall election Heather Spearman champions The Hill by Ali Bryan. In the near future, a group of girls survive by their own wits and follow the laws of the Manual on the Hill, a reclaimed garbage dump they call home. The cardinal rule? Men and boys spell danger.

After a Departure Ceremony releases the eleven oldest girls back to the Mainland, Wren becomes their new leader, and she’s desperate to do a good job. So when one of the girls goes missing only a few hours into her new position, Wren makes the fateful decision to leave the Hill in search of the girl—only to encounter boys for the first time in her life. Is it a coincidence, then, that the Hill is attacked while she’s gone?

In order to survive and lead her community, Wren must sort fact from fiction, ally from enemy, and opportunity from threat. The Hill is a feminist dystopian novel that explores gender, power, and the search for truth in a world defined by scarcity, distrust, and gender politics. Gritty and compassionate, Bryan’s unforgettable novel shines a light on the consequences of consumerism and environmental neglect while reminding us what it takes to be a girl in this world. A misguided experiment. A devastated world. A chance for rebirth.

In a world decimated by a killer virus, an isolated mountain community is left more dysfunctional than dystopian.

neighbors still look out for neighbors, a feisty senior sasses the man who controls the town,  a doctor finds a unique use for local bullies.

and the lives of three strangers unexpectedly intertwine…

Martha, a reclusive doctor seeking a solution to the mystery of the pandemic, Jake, a cab driver seeking his birth mother, Sophie, a young, desperate pregnant woman seeking safe haven from abuse. Brought together by violence, these unlikely friends forge an alliance that may help reshape the world. It is 2058, and the glaciers are gone. A catastrophic drought has hit the prairies. Willa Van Bruggen is desperately trying to keep her family goat farm afloat, hoping against hope that the new water pipeline arrives before the bill collectors do.

Willa’s son, Daniel, goes to work for the pipeline corporation instead of returning to help the family business. When Daniel reveals long-concealed secrets about his grandfather’s death, Willa’s world truly shatters. She’s losing everything she values most: her farm, her son, her understanding of the past — and even her grip on reality itself. Vividly illustrating the human cost of climate change, Watershed is a page-turner of a novel about forgiveness, adaptation, and family bonds. “Things that are and are not, she thinks, and the dog is a snake.“

In this fantastic and fantastical debut, C.J. Lavigne concocts a wondrous realm overlaying a city that brims with civic workers and pigeons. Led by her synesthesia, Verity Richards discovers a hidden world inside an old Ottawa theatre. Within the timeworn walls live people who should not exist–people whose very survival is threatened by science, technology, and natural law. Verity must submerge herself in this impossible reality to help save the last traces of their broken community. Her guides: a magician, his shadow-dog, a dying angel, and a knife-edged woman who is more than half ghost.

With great empathy and imagination, In Veritas explores the nature of truth and the complexities of human communication.

Airdrie Reads combines the passion for books with the drama of reality TV--think The Bachelorette meets literature! Five Airdrie champions will pitch their book selection to a group of panelists in an online show and one book, by an Alberta author, will be crowned this year's Airdrie Reads winner.

airdrielife magazine is proud to provide an author profile in the fall issue of our prominent Airdrie print magazine. The winning author will be featured in a professionally written and photographed profile. The winning book will also be highlighted on the shelves of several local stores.

Read along with the Champions from May until July 2021
Watch the debate on social media the week of July 19-23, 2021
Winner Announced in August 2021

We at Big Sky Author Services have partnered with airdrielife magazine as our official media sponsor. We are very grateful that airdrielife is donating more than $5,000 in advertising and editorial pieces to this project in both print and digital formats. 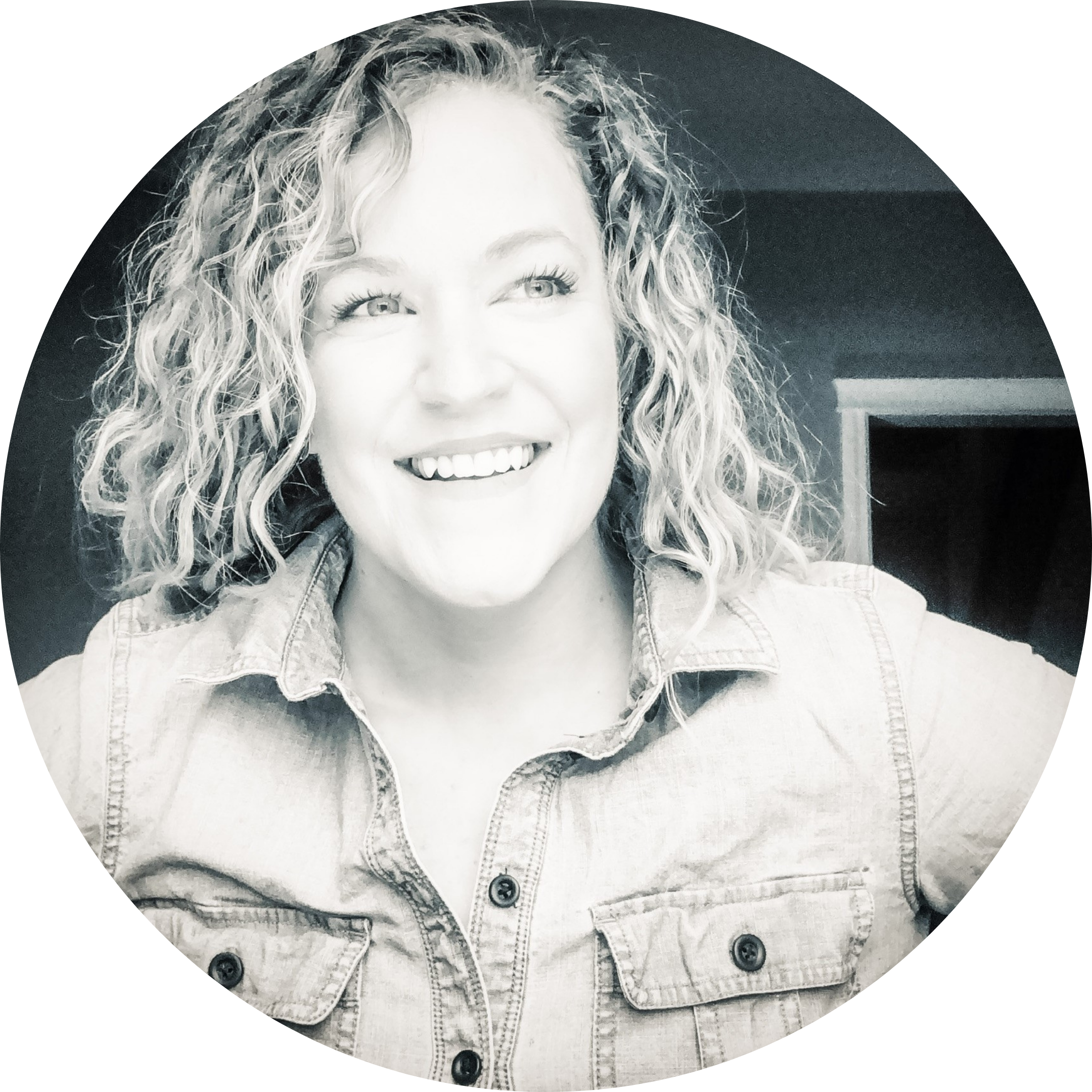 Heather has been a long-time community enthusiast and Airdrie resident. Born and raised in Alberta, she has made a habit of finding the best parts of our province, whether it be the people or the places, and embracing every experience. Heather is an avid supporter of building strong women, building advocacy for those living with an invisible illness, and building forward-thinking communities. When she isn’t running community groups, working her full time role in the technology sector, or raising her family, Heather is a supporter of our local arts communities and events that bring us all together. You can watch for Heather as a candidate in the October 2021 Airdrie Municipal Election. 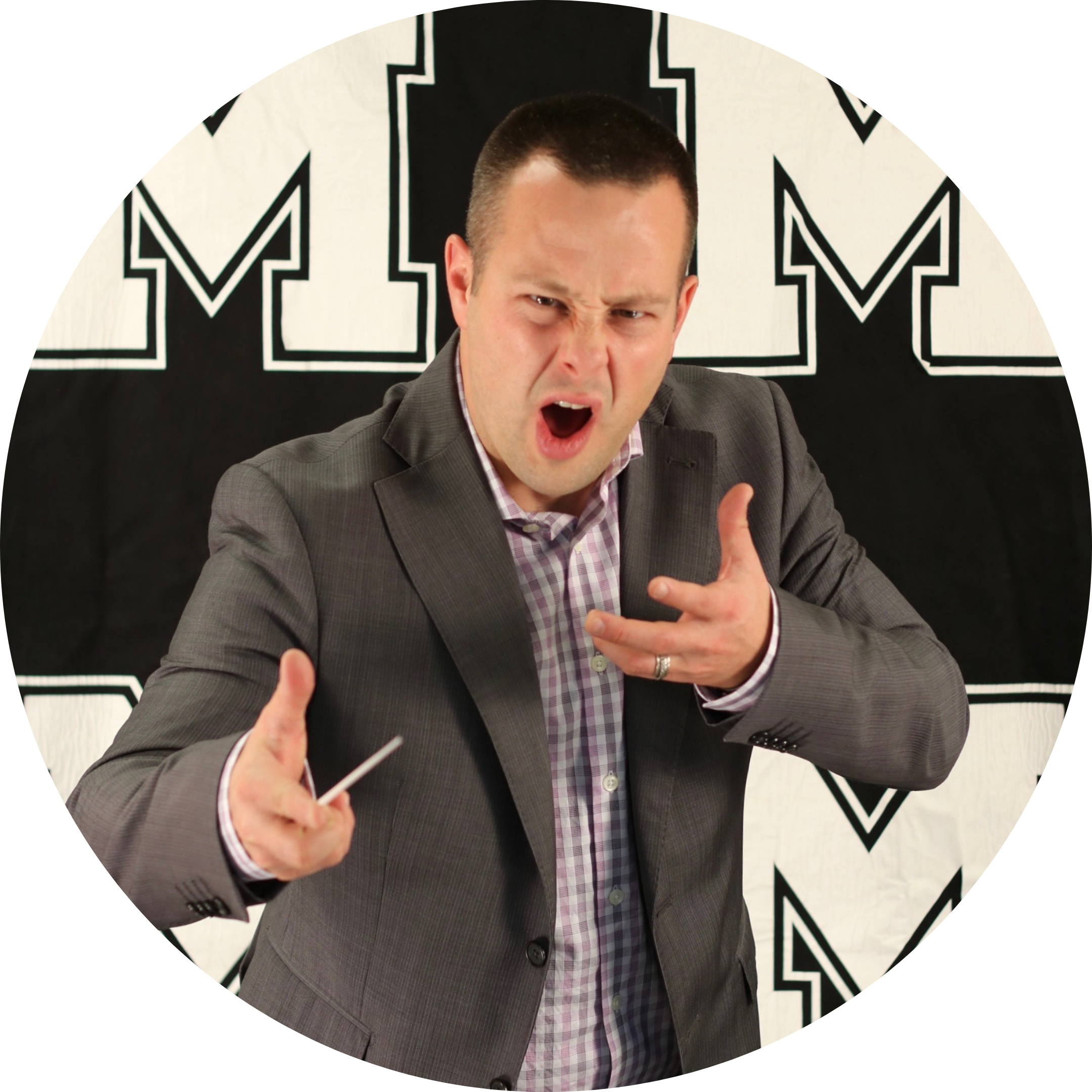 Jordan is a “born & raised” Airdrie boy, having been blessed with very deep roots within the community.  Fulfilling his dream of teaching band at George McDougall High School, shaping lives, and making music have been a daily and welcome part of Jordan’s every day for fifteen years. Walks, bike rides, kayaking, and other outdoor activities with his family and his best friend, Peanut.  Despite his love for Airdrie, Jordan readily takes breaks from it all with a good book. With an interest in history, he enjoys connecting with the lives and exploits of Prairie and Canadian locals long since passed. With a taste for excitement, his personal journey continues to develop as Airdrie does, however Jordan makes it clear that remembering one’s roots and where it all began, are not to be forgotten. 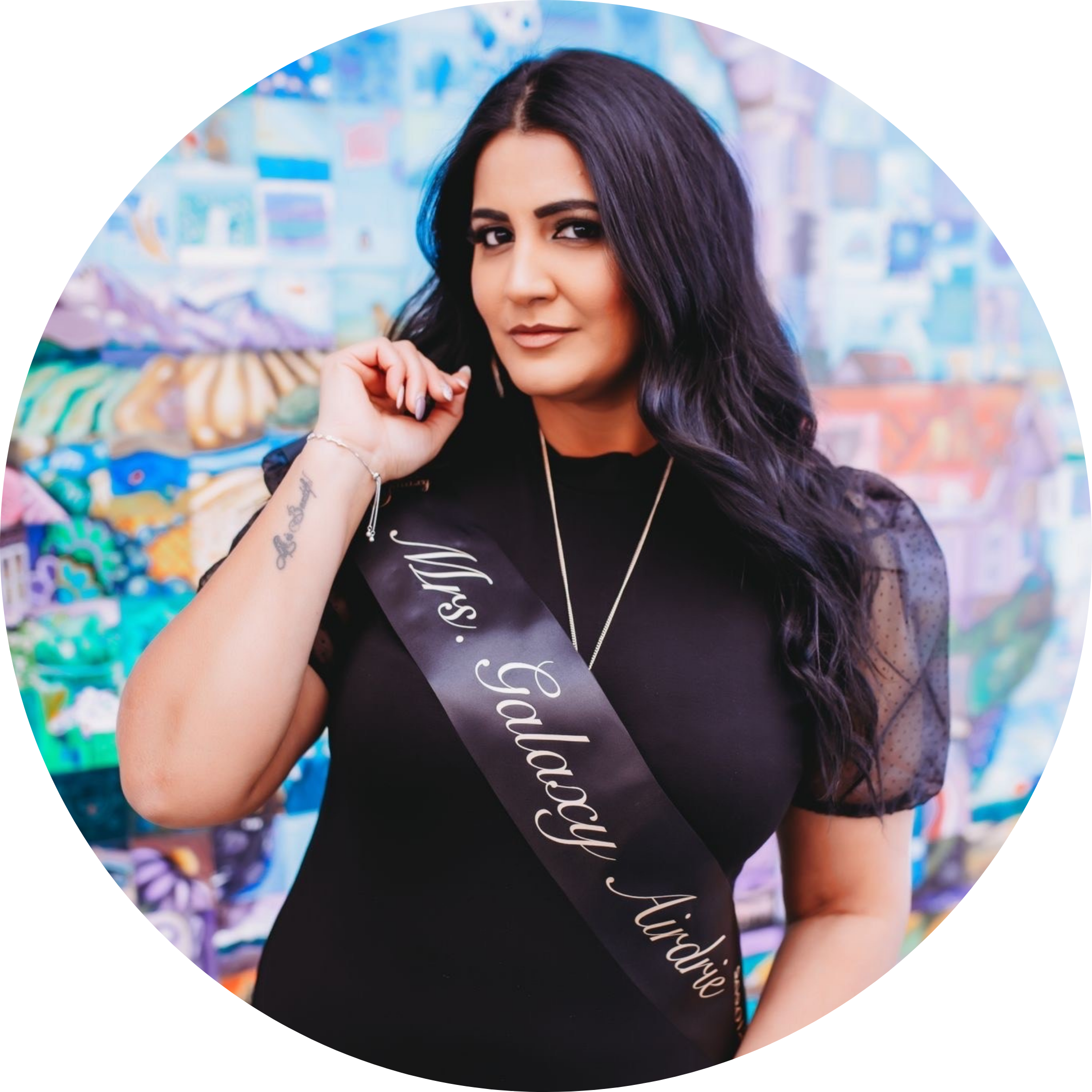 Sarika is your local freelance makeup artist and educator, and national finalist of Mrs. Galaxy Airdrie 2021. Sarika has been living in Airdrie for over 6 years. She loves connecting with small businesses and empowering women in all areas by providing them with self-care support. She believes in the art of volunteering and gives her support with her family to the community whenever required. She is part of Volunteer Airdrie working to fill programs that require volunteers. Her hobbies include traveling, reading, and cooking on top of updating her makeup skills. 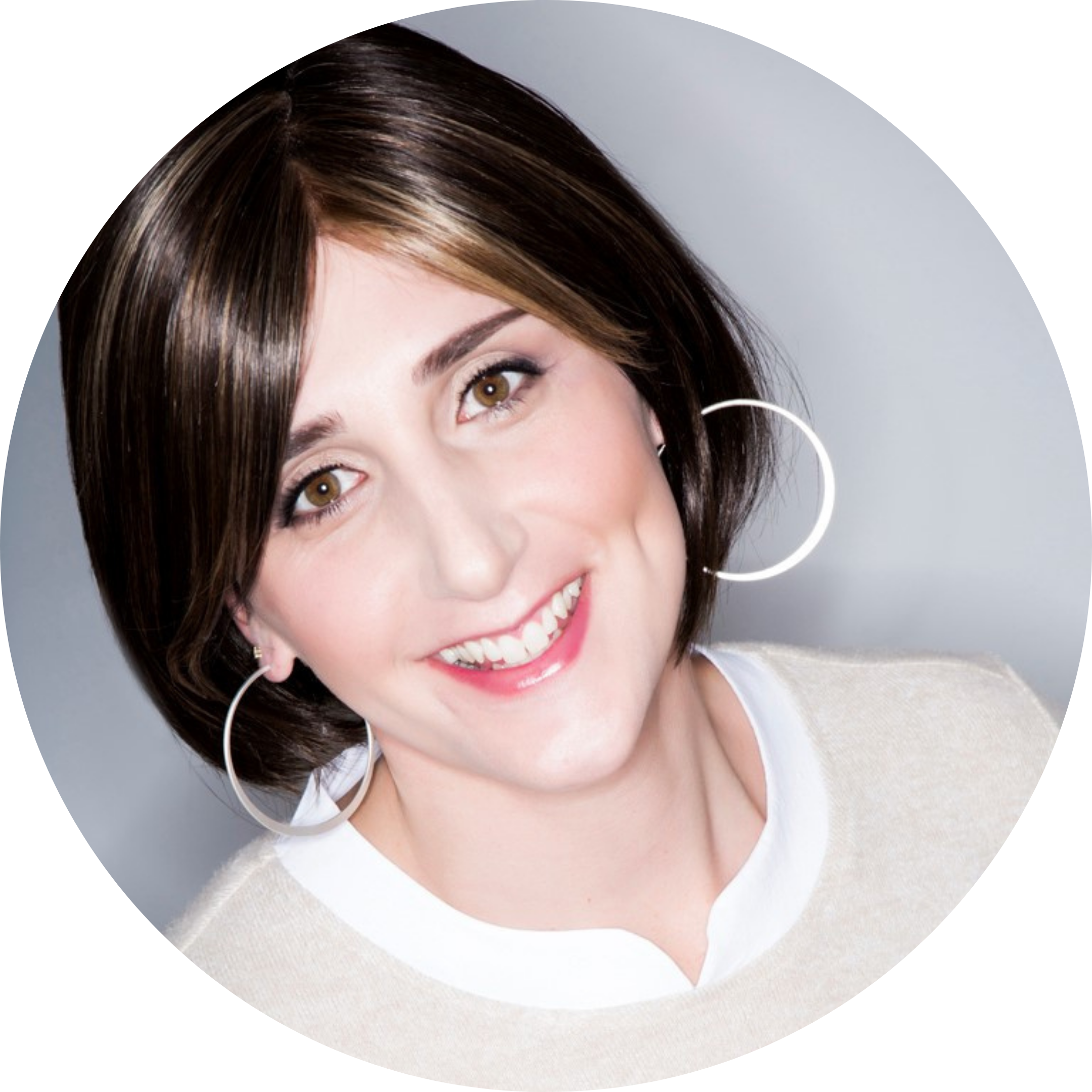 Kiersten (she/her) is a geologist, speaker, advocate, and an openly transgender woman in Airdrie Alberta which she's called home for the last 17 years. She was inspired and empowered by the positive experience of her gender transition and now passionately uses her visibility and voice to promote positive public awareness and inclusion of transgender and gender diverse individuals. Kiersten is the founder of Terra Firma Transition Consulting, a company focused on supporting transitioning individuals while also working with organizations to eliminate the employment barriers faced by the transgender and gender diverse community. Kiersten is the current president of the Airdrie Pride Society and a member of the Women's advisory cabinet for Ducks Unlimited. 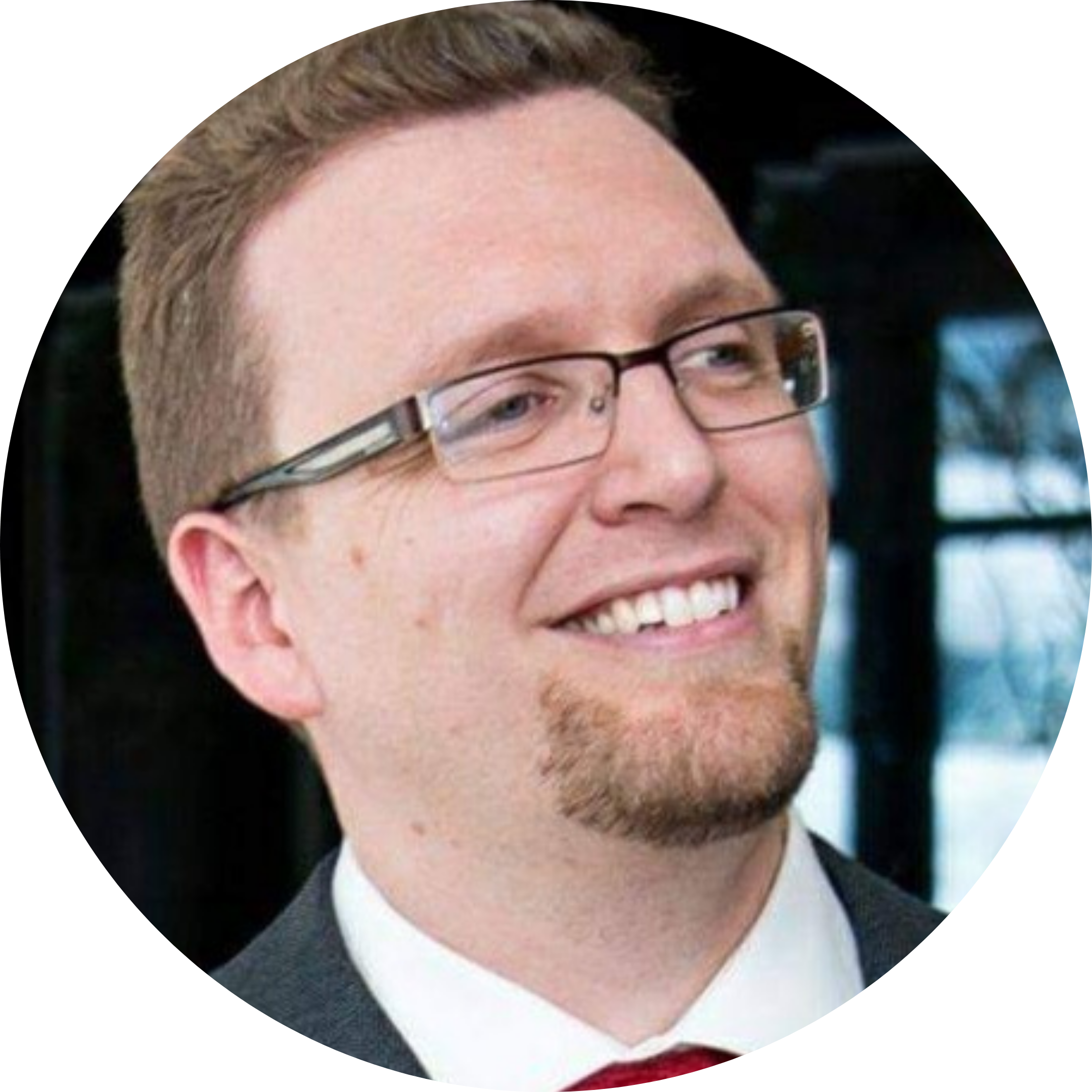 Daniel has lived in Airdrie since 1985. Graduating from the University of Lethbridge in 2004 with a Bachelor of Arts in German and a Bachelor of Education, he worked as a high school teacher for eight years before being hired as an Executive Staff Officer with Calgary Public Teachers (Local 38 of the Alberta Teachers’ Association) in 2012. Daniel has been a trustee on the City of Airdrie Library Board since December 2013 and has served as Chair of the Board since November 2014. n his spare time, Daniel also moonlights as a voice actor, having been featured in radio commercials, a project with Mindfuel Alberta, and in two animated television series.  When trying to relax, Daniel likes nothing better than finding a quiet spot to read a good book.

Big Sky Author Services is a team of writers and editors who have decades of industry knowledge. This past year taught us about the importance of books as we all turned to story for escapism. Books take us to faraway lands or propel us into the lives of heroes, astronauts, monsters, and more. They educate, inspire, and entertain. We at Big Sky Author Services want to get you even more excited about books--reading them and writing them. www.BigSkyAuthorServices.com 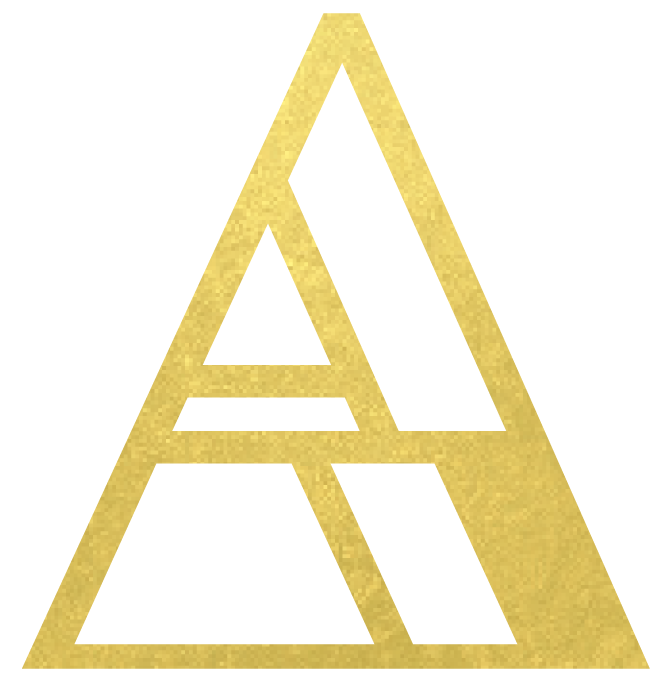